Aefen Fall is a first-person parkour fantasy game. Run, jump and use your alchemical powers in a DieselPunk world to reach your goal as quickly as possible. Your abilities, your freedom.

Aefen Fall is a first-person parkour fantasy game made by students. The player incarnates Abadel, an alchemist wanted in an early 20th century London Dieselpunk. The city, quarantined by the government, tries to arrest and kill the alchemists. Our hero then decides to climb the rooftops using his powers to place circles of transmutations in the city with one goal: to design the most powerful alchemical stone. 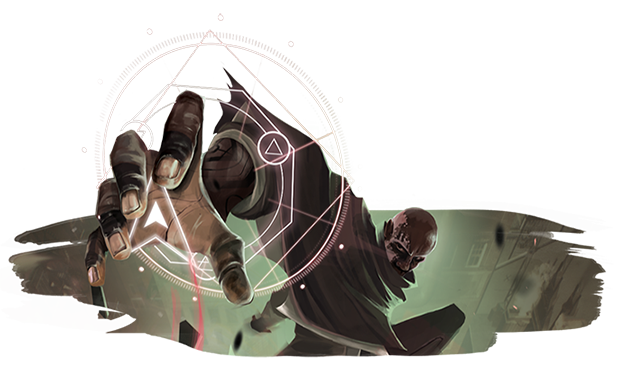 Choose your way over the rooftops of the city from hundreds of possibilities using your parkour skills: climb, slide, swing from bar to bar, run on walls and other parkour possibilities. The Dieselpunk universe is just waiting to be discovered. Will you be able to reach the highest tower in the city?

In addition to your parkour capabilities, you will recover alchemical powers that will allow you to shape your environment, giving you even more possibilities of movement. Find the available paths with a snap of your finger, generate platforms in the air by gathering surrounding objects or crystallize everything that moves in front of you... Your powers, your freedom of action.

You move from rooftop to rooftop in a city that wants to get rid of alchemy. The guardians, the city's protective robots, will hunt you down. Be ready to take the big leap to dodge them because you'll run out of breath before they do.

As the game is a student game made in less than a year, you may encounter some bugs and we apologize for that! If you encounter a blocking bug, you can get back to the last checkpoint using the menu. Feel free to send us a mail at [email protected] or to post on the community hub for any bug report.

Nights of Azure 2: Bride of the New Moon