In Anime Studio Tycoon you replay the history of the anime industry. Witness rise of Otaku culture to end cell shading. Start your own company, your decisions will make or break your studio. Create bestselling anime and ascend to greatness in the anime industry.

Anime Studio Tycoon is a strategy and business
management game. You can replay the history of anime industry by starting your own production studio in the 80s. Finish subcontracts get enough reputation and get a contract to create anime from the production committee. Create a legendary anime series and gain worldwide fans. Once you’re big enough license manga or create own story and create anime without production committee. Become the leader of the market and create your movies and distribution service.
A journey through anime history
Start your adventure in the 80s as a small studio. Learn more about the economy of anime industry, and get sub-contracts to gain experience. 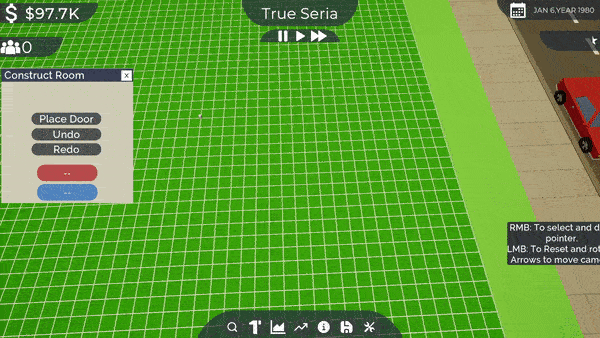 Make Series, OVA, Movies
With experience and great team, you can make your own anime’s without forming a production committee. It brings new challenges like getting TV slots to merchandising your show.

Economy
Creating an anime series is no easy task. For each anime there is one production committee which handles a different aspect of the business. In Anime Studio Tycoon we emulated complex process of real-life anime creation, you deal with merchandising and TV producers to the foreign distributor and manga publishers.
Features