Are you ready to escape Elo Hell? With help from as much of the esports industry as we could get our hands on, we've made this love-letter to esports culture and how far it's come since the early days. Join us on an adventure through the eyes of Chance Betzinger, as he makes his journey from average to professional gamer, in the world's FIRST choice-based, episodic, narrative sitcom game!

This light-hearted, but mature "coming of age" comedy puts you in the shoes of Chance Betzinger as he lives his life, beginning as a senior in high school. Slowly he'll discover his skill as a potential professional gamer as he grinds through the hit new game, Echo Star. In the meantime, he'll go on adventures, make tough choices, and just hang out with his friends.

For each of the 10 episodes of Elo Hell, you'll get 100% unique, never-repeated minigames, so you never know what each episode is going to bring!

Echo Star is a RTS-inspired turn-based strategy game. Yes, you heard that right. We've taken the entire essence of games like Starcraft, Age of Empires, or Dawn of War and turned it into a turn-based game. This was done to separate macro and micro gameplay for a more simplified, slower-paced strategy experience. Take your time constructing your gameplan and base, maneuver your troops on your time, and destroy your enemy's HQ.

Echo Star is an introductory experience into the esports mindset. You'll learn high strategy and micro skill without stress and speed being a key factor. The narrative gameplay simulates the grind of climbing through the ranks of an esports title, without requiring you commit your entire life to it. But, that doesn’t mean Echo Star is easy. You will have to think about the moves you make and the strategies you employ, or you will fail.

Since Elo Hell is a one-of-a-kind game, Echo Star will never be supported as a real esport title. Elo Hell is meant to build the esports ecosystem, not divide it. We may add multiplayer down the line, but it will be purely for fun.

This is the true esports experience, told by a team of passionate gamers within the community. To make this a truly inclusive "by the esports community, for the esports community" game, we've also brought in talent from the community, such as Nicki Taylor, Kiandymundi, and Falconshield. We're forming real esports partnerships with teams, so you can be a part of your favorite real team in the story. We're consulting and interviewing pro players, streamers, cosplayers, behind the scenes professionals, and others from the industry, to get their stories and make them part of Elo Hell’s world. 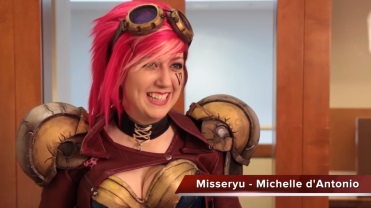 Watch a video we made on what "Elo Hell" means to professionals in the industry.

But behind it all, we understand what the esports community is at its core - a magical and frustrating mix of fun, competition, friendship, seriousness, and a dash of salt. This culture is passionate and diehard, but it doesn't take itself quite as seriously as traditional sports. Echo Star is epic and exciting, but the world of Elo Hell is rooted in comedy, friendship, and a "coming of age" story of a kid following this crazy path in life that so many of us have dreamed of.

But don't expect this to be your run of the mill story game. We'll be throwing a few curveballs to keep you on your toes. Hey - if it were easy all the time, we would have called it Elo Heaven.