Glorious Companions is a turn based tactical RPG set in an original fantasy world of Navaroth where you craft your own journey as a leader of a mercenary company. Aspire to become a powerful lord, solve the mystery of the Ancient Guardians or just ride around the continent building your fortune on trade.

The world of Navaroth has been carefully built and maintained by us throughout the years. The whole premise began as a pen-and-paper RPG system. Even the game itself had many different forms throughout the years. In 2009 it was a small mini-game with 2D cards representing the characters. However, it has turned into so much more.

At the very beginning there’s only you, your family’s grumpy servant and a rusty sword against the entire world. Forget about a big army of professional mercenaries, you’ll have to settle for a bunch of shoddy, club-wielding scoundrels as you work your way up and gain enough credibility and coin to hire better companions.

Remember that the journey is not a fairy tale. You will scramble for gold to keep your party fed, rested and more importantly, with their pouches full of coins - as your men will not stay with you for very long without their wages paid on time. 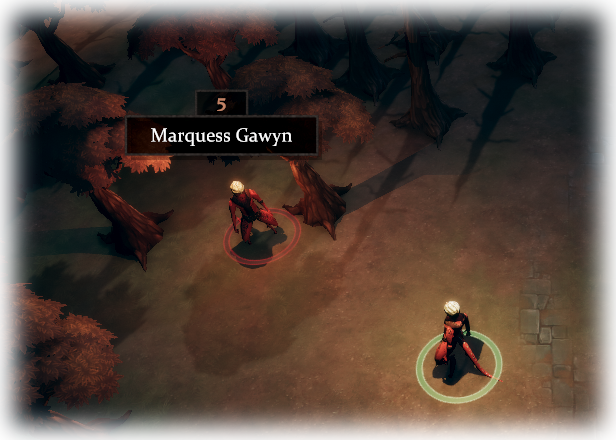 Your units earn experience points proportionate to their contribution on the battlefield. Send them to train in militia barracks or to master new abilities in distant shrines and they’ll come back stronger a few days later. You’ll be able to choose from a plethora of different equipment to gear them appropriately. Each item and armor piece has different qualities and there are no clear-cut best builds for every possible scenario - all the weapons are designed to be viable under favorable conditions.

Folks say that a brave commander doesn’t hide behind their troops. What they don’t tell you, though, is that they’re usually not alive for their second battle. You’ll have to be very careful to not overextend and yet not appear too scared to join the fray, as your men will take notice of that.

Depending on your starting archetype your lord commander will provide a different aura that helps nearby companions. Fighter’s Command is a buff that will help you to build a protective formation around your commander by granting nearby units a shielding/parrying bonus for each ally unit in direct contact with one another. Skirmisher’s Path on the other hand, grants a dodging and mobility boost for nearby units who are not standing next to allies. You’ll unlock more unique commander abilities as you progress in the game.

The game is a big breathing world where things happen even if you stay idle or focus on doing your own thing. Decide between rising in the ranks of the chosen faction, or risk making more enemies by founding your own kingdom; between playing dirty and taking any advantage you can, or becoming an honorable hero; between making bank and making allies.

Your end game is dependant on your play style and the actions you took. There’s no set story in the world of Navaroth. You may end up managing wood supplies between a dozen cities you own. Who knows, you might simply enjoy the life of a vigilante’s band leader and decide to stay on the run. This is your story.

DON'T GIVE UP: A Cynical Tale