Play with evolution! Species: ALRE is a scientifically-grounded, emergent simulation of natural selection. Creatures evolve and speciate in response to in-game mutation and selection forces, allowing you to experience and tinker with evolution in real-time.

Species: Artificial Life Real Evolution is an evolution simulator that allows you to create, destroy, observe and tinker with life on it's never ending, harsh march of refinement! Simulated from the very first principles of evolutionary science:

Whether you just want to observe, watch and study as the tree of life constructs itself from a single species, or you want to be an active influence on the development of the species in the game, the choice is up to you! Take a hands-on approach by using the nursery, an isolated area where you can tinker with the gene pool to your heart’s content. Use rovers to decide which creatures get to eat today and which ones starve! Create global catastrophes like an ice-age or a world-spanning flood to weed out the most vulnerable species. Or simply sit back and watch the life-and-death saga unfold!

However you treat your evolutionary sandbox, we give you the tools to tell it’s story! View every single evolutionary step in detail using the clade diagram, see where each species are living using the satellite map, get a better picture of how varied your gene pool actually is with the web of life, and view every possible detail on each creature using the creature inspection tools. 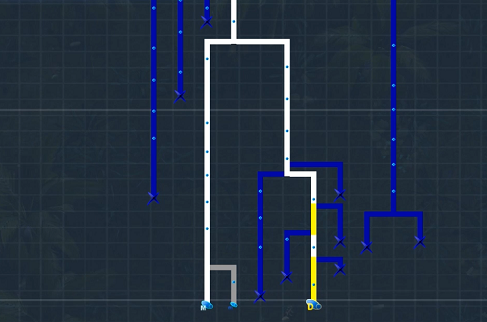 Pure Soul: The Journey of the Witch Emily