With features of roguelite,players of Tower Hunter: Erza’s Trial fight their way up in the world of a giant tower with random modules. Different terrains are found in the towers, and there is exploration to do and challenges to overcome. Due to a contract between our heroine Erza and a demon, Erza is beamed back to the original start every time she dies. As time loops, Erza, becomes a strong fighter who can make her way to her target. 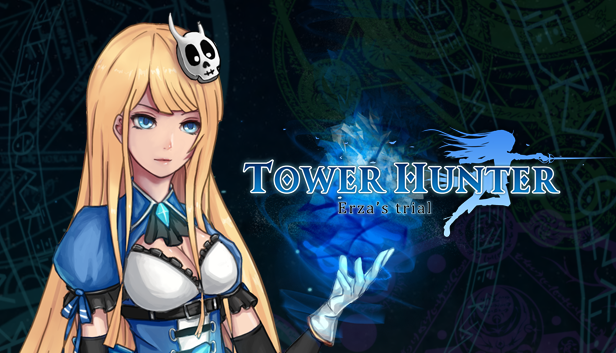 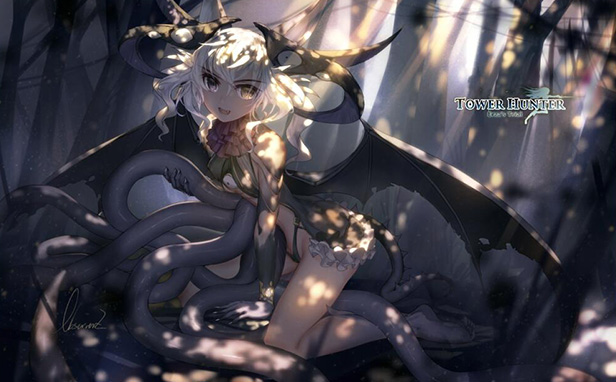 In the world of Tower Hunter, countless warriors have already gone before you to challenge the unsolved secrets of the tower, but they failed.

A mischievous god is lord of the tower. Cards appear after bosses are defeated.

The empire grants different levels of licences to the warriors exploring the tower, according to the rarity of the cards they have collected. These licences bring with them status and power. Nobles have gone to the tower to compete for status and glory, but none have been as fortunate as our heroine Erza.
In her childhood, Erza became bonded with a demon, who grants her another chance at life each time she dies. Due to this special ability, Erza can explore frontiers that no one has ever seen.
One common feature of roguelike games is that there is no checkpoint where progress can be saved, and players must lose everything if their character dies. This basic design is followed here, but players can still accumulate a certain proportion of resources during the course of each adventure, and these can be used to acquire more skills and send characters to new stages, where they develop and become stronger. The more familiar the player becomes with gameplay, the more practised the response and battle skills are and the stronger and better equipped the heroine is, the further the player can go in the tower.
This game is the prologue to Tower Hunter, which tells the story of how Erza the Sword Maiden became Empire’s youngest Major. What is in store for her? Stay tuned!

Legend of Keepers: Career of a Dungeon Master